Okay, get ready, folks, because the race for the white house is about to heat up. The 2016 presidential odds have already been posted, and the year is shaping up to be an interesting one. During the next eleven months, American voters are going to be bombarded with all manner of television ads, phone calls, door-to-door campaigners, and general viciousness. One way to deal with the onslaught of political mudslinging is to bet on who will be the next POTUS. Americans who live in states that have sports betting will be able to choose from a grab bag of candidates ranging from socialist to neo-fascist.

You could decide to get upset by all of the negativity and partisan attacks, or you can sit back and just enjoy the circus. Because, make no mistake about it, it’s more than a circus; it’s a jungle out there, and all of the fiercest political animals are going to be clawing at the doors of your unconscious, spinning the facts, mixing truth and lies, and trying to convince you that their brand of snake oil is better than the other guy’s. Luckily, you can make a fun pastime out of betting on who will ascend to the throne and who will fall into the rubbish bin of history and become just another political footnote. 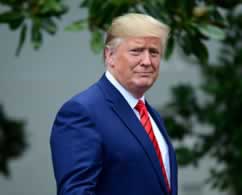 First up, let’s get The Donald out of the way. After all, most of the focus thus far in the 2016 presidential race has been on the billionaire real estate tycoon. Trump’s odds have improved significantly in the last month or so. He is still the most popular GOP candidate, despite not letting up with the controversial comments and antics. Bovada and Oddshark, two of the most reliable oddsmakers, currently put trump at +150 to be the next Republican nominee. BetOnline, another popular oddsmaker, still gives the edge to Marco Rubio at +150 versus Trump’s +250. Still, every major oddsmaker favors Hillary Clinton to win the election, with odds of -150.

How long will Trump continue his power streak? It’s anybody’s guess at this point, as it is still very early in the game. A large reason for Trump’s popularity is his name-brand recognition and overall entertainment value. Of course, having endless amounts of money to spend on your own campaign doesn’t hurt, nor does the media’s free coverage of his every move. In the end, many people pay attention to the loudest, most in-your-face candidate. However, Trump’s inflammatory rhetoric is both his best friend and worst enemy. Any outrageous comment he utters makes him more reviled to those who already despise him. Conversely, the more he alienates mainstream Americans, the more favorable he becomes in the eyes of his supporters. This sort of extreme polarization is one reason why most oddsmakers do not see the presidency in his future.

In the Democratic camp, the only two viable candidates in the running are Hillary Clinton and Bernie Sanders. Martin O’Malley is such a longshot that most books don’t list him, so we most likely won’t be hearing very much about him. Clinton is favored to win the Democratic nomination by a milestone, but Bernie Sanders’ populist message is continuing to resonate with a large number of Americans. He is currently leading in the Iowa and New Hampshire polls. Not bad for a candidate whose campaign has largely been at the grassroots level. The Senator from Vermont and self-proclaimed Democratic Socialist has a passionate following, especially among young voters. However, he has several problems. The first is obvious, and it’s the dirty s-word. I’m talking about socialism. For many Americans, the word alone is a deal-breaker. His second problem is his lack of media coverage. All we hear about day in, day out are Hillary Clinton and Donald Trump. Sanders lacks both the media coverage and personal wealth of a Clinton or a Trump. Still, the fact that he has raised $26.2 million in campaign contributions, primarily from individuals, not corporations or super-PACS, should tell you something. Compare this number to Hillary Clinton’s $29.2 million (donated largely by individuals involved in corporations like CitiGroup, Goldman-Sachs, Time Warner, etc.), and this number is even more impressive.

What it all comes down to is that the candidates who have loads of personal wealth and big-money donations are the ones who get the spotlight. Do you think there’s a connection between Hillary Clinton getting large donations from Cablevision, Time Warner, etc. and having the most media coverage? If you think the answer is no, you are looking through rose-colored glasses. But all this is beside the point when it comes to the actual numbers. It’s looking to be a showdown between Hillary Clinton and Donald Trump, although don’t count out Marco Rubio or Ted Cruz to win the GOP nomination. Whatever happens, the election is still almost a year away, and the game could change at any moment. We’ll keep you posted on all the latest developments as the odds swing both ways.